Tickets are now on sale for Jockstrap at Rescue Rooms.

After meeting at one of London’s longest-running music conservatories, vocalist/violinist/songwriter Georgia Ellery (also a member of Black Country, New Road) and electronic producer Taylor Skye formed Jockstrap. The band’s intentionally crude name stood in stark contrast to their strange but sophisticated sounds, with Ellery’s diaphanous songwriting and gentle vocals disrupted by Skye’s harsh, unpredictable production. After releasing some music independently, Jockstrap signed with Warp for the release of their 2020 EP Wicked City. Within another two years, they had amassed enough tracks to form their debut album, 2022’s I Love You Jennifer B.

Ellery and Skye both attended London’s Guildhall School of Music and Drama in the late 2010s, eventually meeting after attending some of the same concerts and events. In addition to the jazz violin program that took her to music school, Ellery was also writing songs on piano and sent Skye some informal demos. The pair then formed new project Jockstrap around 2018, recruiting some friends who played strings to flesh out their recordings and assist the duo live. Around the same time, Ellery was active as a founding member of the band Black Country, New Road, who would evolve concurrently with her other new project. Jockstrap’s debut EP, Love Is the Key to the City, was released in 2018 and quickly drew attention from press, fans, and established artists all enamored with the duo’s beguiling style. In November of 2018, they contributed to Dean Blunt‘s Soul on Fire EP alongside Mica Levi and A$AP Rocky. Buzz continued to grow around the duo and they signed on with experimental electronic label Warp in 2020. In advance of their second EP, Wicked City, Jockstrap released singles “Acid” and “The City.” The EP was released in early June of that year. They spent the next two years rounding out the tracks for their debut album, I Love You Jennifer B. Released in September of 2022, it served as the culmination of all the various styles and directions the band had been exploring since their EPs were released. 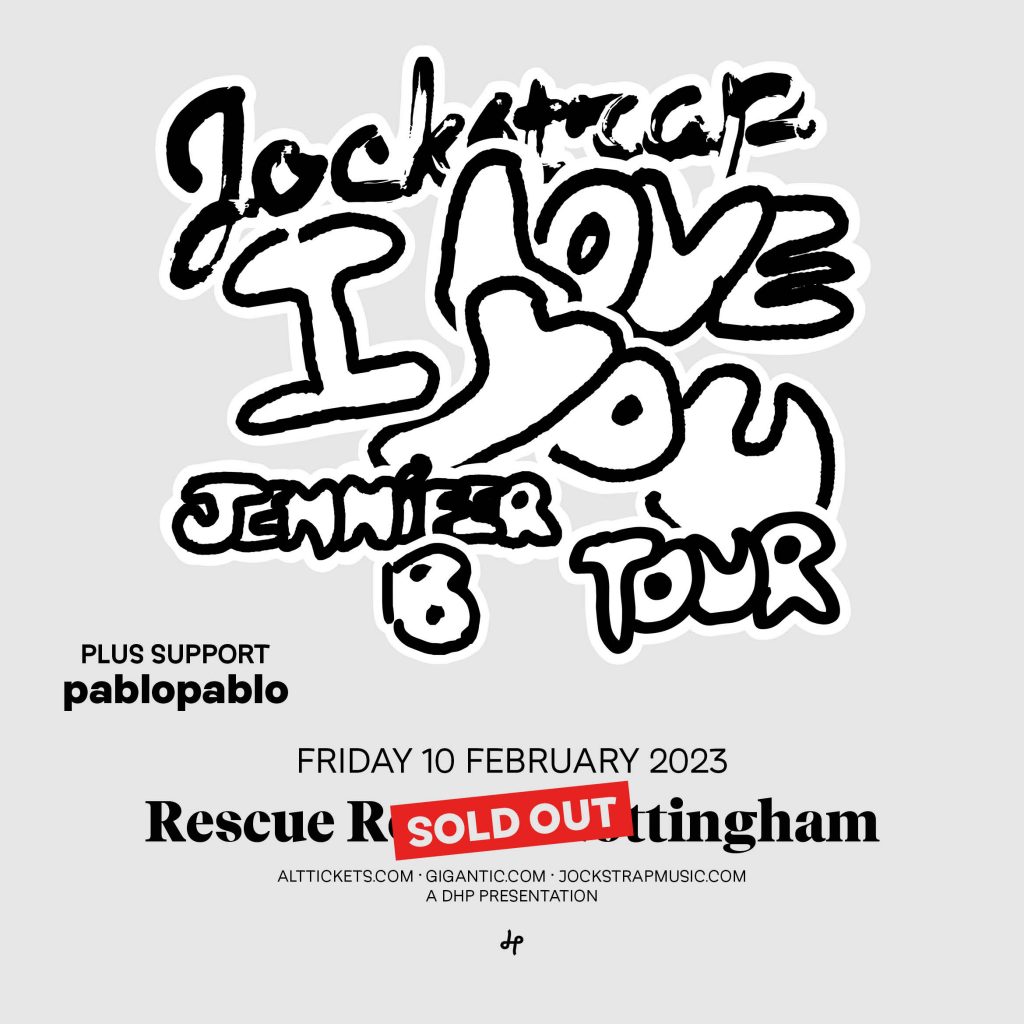