King Khan and the Shrines

KING KHAN AND THE SHRINES

Imagine Roky Erickson backed by the Sun Ra Arkestra or Wilson
Pickett and The Velvet Underground, or picture the love child of
Anubis and Kali. King Khan & The Shrines is more than a psychedelic
soul band with a spectacle of a stage show. They are a cult musical
phenomenon with more than 12+ years of international touring,
multiple studio records and a fan base of fervent punk, soul, free
jazz and garage rock heads.
King Khan, the spiritual guru and front man, cobbled together a
fierce line-up of musicians while in Berlin in between reading Tarot
cards and raising a family. What he ended up with in 1999 is one of
the most entertaining groups the world has seen and heard since the
days of Ike & Tina. The line-up includes Chicago-born, Ron Streeter
(veteran percussionist for Curtis Mayfield, Stevie Wonder), a horn
section consisting of trumpeter Simon Wojan (member of Kranky
Records recording artists Cloudland Canyon), tenor sax man Torben
Wesche (Germany’s John Coltrane), and famous French rockabilly
baritone saxophonist Frederic Brissaud. The rhythm section of the
Sensational Shrines has been called a German/French version of
the Freak Brothers – Till Timm on guitar, organist Frederic Bourdil,
Jens Redemann on bass and drummer Mirko Wenzl. 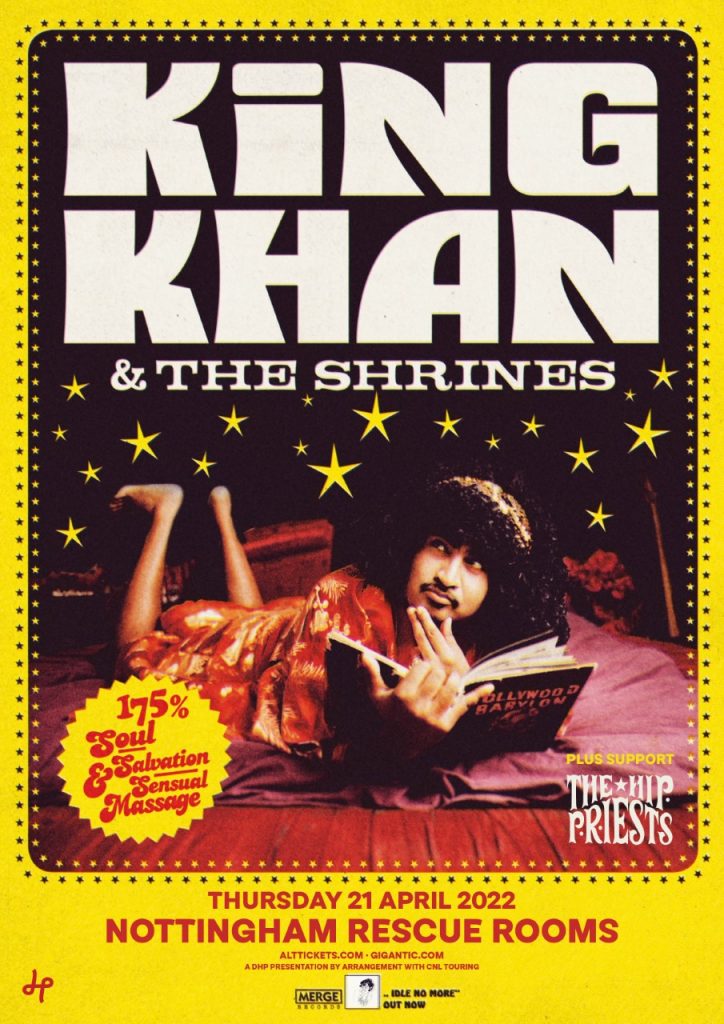 King Khan and the Shrines ON SPOTIFY