Life of Agony emerged from the New York music scene in the early ’90s with one of the most distinctive sounds in its genre.

Best known for its 1993 metal/crossover debut “River Runs Red.” Named by Rolling Stone as being one of the “100 Greatest Metal Albums of All Time,” the band instantly built a die-hard, cult following & the group toured relentlessly all over the world, sharing stages with the biggest names in rock, including Metallica, Black Sabbath, Ozzy Osbourne, Foo Fighters, & The Red Hot Chili Peppers. 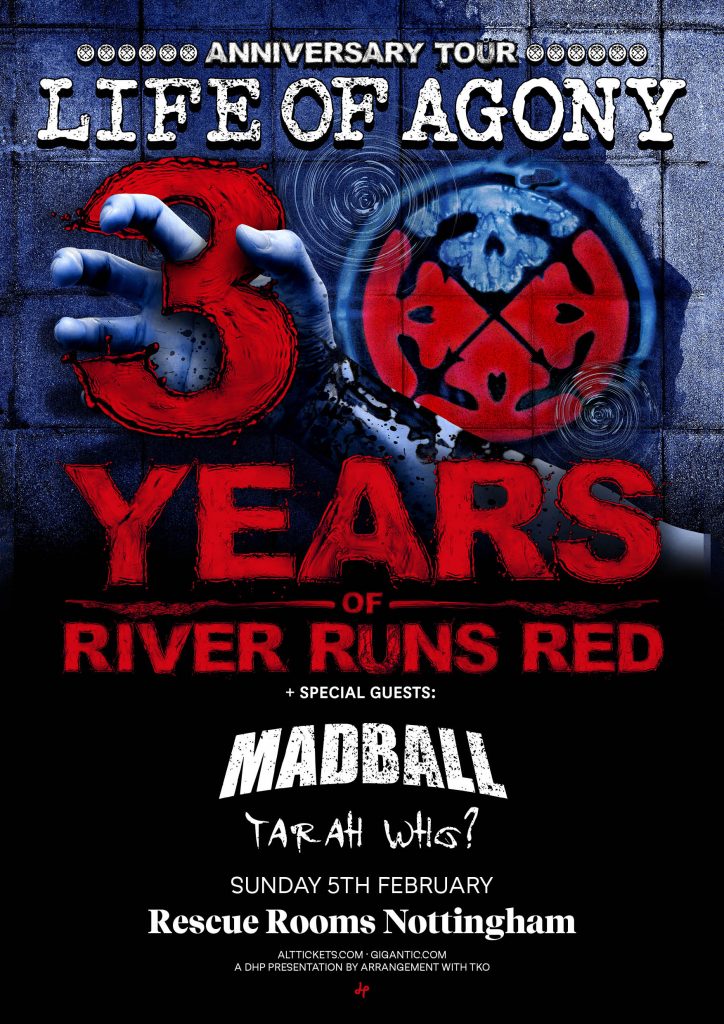 LIFE OF AGONY ON SPOTIFY