Tickets are now available for Lime Cordiale at Rescue Rooms.

Lime Cordiale’s infectious performances and genuine interactions with their fans has made them one of Australia’s buzziest bands. It’s a fact that was reflected in July 2020 when they scored their first #1 album on the ARIA Charts with “14 Steps to a Better You”.

In a watershed moment later the same year, Lime Cordiale chalked up an incredible eight ARIA Award nominations, making them the most nominated act of 2020 and landing them their debut ARIA Award for Best Breakthrough Artist.  Soon afterward, in January’s triple j Hottest 100 countdown, the band scored an unprecedented five tracks in the top 26, their highest-ranking song ‘On Our Own’ claiming 11th position.

Oli and Louis followed this up in 2021 winning Best Live Act at the ARIA Awards, and doubled down in the Hottest 100 with entries for What’s Not To Like (#41) and Apple Crumble (#14) from their Cordi Elba EP recorded with Idris Elba.

Lime Cordiale’s hit singles ‘Robbery’ and ‘Temper Temper’ gained Platinum accreditation, and the band has accrued an additional 7 x Gold singles. With over 1.5 million monthly listeners and upwards of 265 million streams on Spotify, over 22 million Apple Music streams, and YouTube views exceeding 15 million, the band is one of the hottest in Australia.

They’ve supported Tones & I across North America and have played more than 100 shows across the globe in the 18 months, including 27 sold-out performances on their recent Speakeasy tour, earning a fierce reputation for one of the most talked-about live shows in the country. Their shows have been touted as “raucous” by The AU Review, and “triumphant… a therapeutic musical extravaganza guaranteed to cure those post lockdown hangovers” by Beat.

Heavy touring is something the brothers have always found more energizing than exhausting.  Like so many artists in 2020 and 2021 touring was a stuggle with a number of their shows being postponed.  However following 2 postponements, Lime’s 14 Steps to a Better You Tour is finally on the road and playing to audiences of between 5,000 and 10,000 per night.

Lime follow this up in 2022 with extensive headline European dates including multiple sold out dates at London’s premier Electric Ballroom. “When you release a song, you don’t realise that people know it until you play a show and people are singing that song back to you,” says Oli. “That’s pretty huge, and it’s incredibly rewarding.” 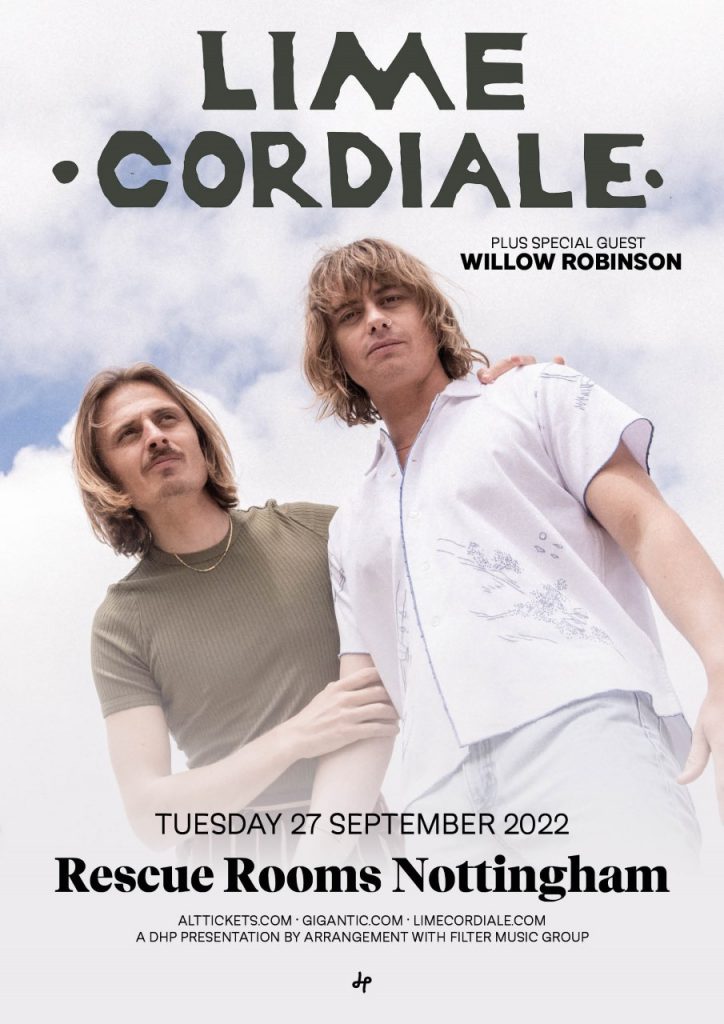