‘Forever Changes’ 55th anniversary performing the album in its entirety.

Johnny Echols says “We had planned that the 2019 UK tour would be our last overseas tour. None of us are spring chickens but this crazy time in lock down has made us realise what’s important and what we are here to do. We have missed playing for our fans, especially the UK fans, so how could we turn down the opportunity to come back and do it again?”

LOVE with Johnny Echols sees Arthur Lee’s longest serving band, Baby Lemonade, return to the UK in June and July 2022 to perform classic songs from the LOVE catalogue and to celebrate 55 years of the seminal album, FOREVER CHANGES.

This tour features special 3-night residences in Liverpool and London where LOVE, DE CAPO and FOREVER CHANGES will be played in their entireties. All other shows will feature FOREVER CHANGES, hits and deep cuts from the Love catalogue.

From 1993 until Arthur’s death in 2006, the band Baby Lemonade were an essential part of the renaissance of LOVE’s music. This iteration of LOVE saw many sold-out tours, two sell-outs at the Royal Festival Hall as well as back-to-back Glastonbury performances and an appearance on Later with Jools Holland.

Johnny Echols and Arthur Lee were childhood friends whose families both moved from Memphis to Los Angeles. Teenage Johnny & Arthur teamed up to form the groups Arthur Lee & The LAG’s and the American Four before they formed LOVE in 1965. The classic LOVE line up featuring Johnny disbanded in 1968. Johnny reunited with Arthur Lee in 2005 to perform with LOVE once more.

Baby Lemonade formed in 1992 by Rusty Squeezebox, Mike Randle and David “Daddy-O” Green. In 1993 the band landed the gig of a lifetime opening up for LOVE. That show was the

last for that incarnation of LOVE as Arthur replaced them with Baby Lemonade. Baby Lemonade released records on Sympathy for the Record Industry, Munster and Big Deal between 1993 and 2001.

In 2005 the LOVE line up once again featured Arthur’s childhood friend and founding member Johnny Echols on lead guitar who returned after a 37-year absence. In July of 2005, Arthur was diagnosed with Leukaemia and after a brave battle he passed away one year later. Arthur’s last show was with Baby Lemonade and Johnny Echols on June 23rd at San Francisco’s Cafe Du Nord. The world had lost a true music legend.

In 2022 The LOVE band featuring Johnny Echols will return to the UK to celebrate the music of Arthur Lee & LOVE. 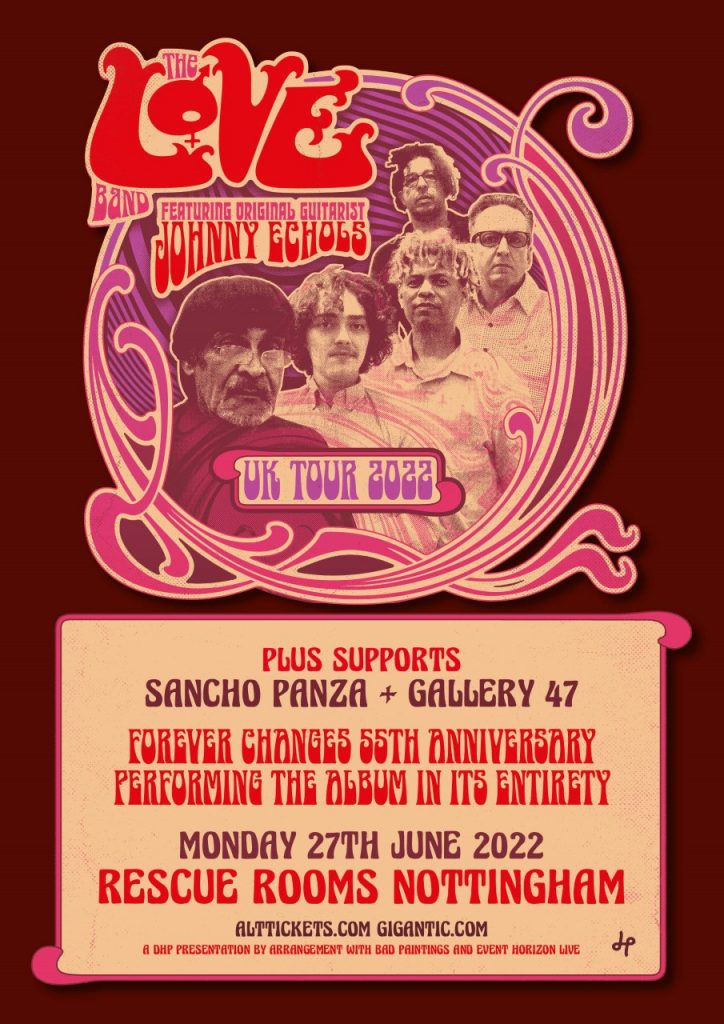