Moretallica formed in 2012, determined to perform the music of Heavy Metal legends Metallica to the highest standard, immediately setting them at the top level of UK tributes. A Moretallica show includes songs from every era of Metallica’s career, and is the most energetic spectacle and display of top quality musicianship, as you’d expect from a band with 50+ years of gigging experience across the UK and Europe. Using the same equipment as Metallica ( ESP, Jackson, Mesa Boogie, Tama, Zildjian etc.) you’ll only hear a more authentic performance from Metallica themselves. “Moretallica nailed it” “The best Metallica tribute I’ve ever seen, and I’ve seen them all” “Moretallica are the best band I’ve seen in a long while” “Brilliant Show!” “Incredible set, the new stuff sounds great and the classics were spot on” “Superb .. was blown away”

MEGADETH UK were formed 15 years ago.

Taking inspiration from the early years of the thrash giants, their set lists include not only the biggest hits, but a mix of some rare b-sides and the more recent classic tunes.

They have played many festivals and shows extensively across the UK from Aberdeen to Lands End, as well as other venues across European.

Their highlight this far has been playing with Megadeth themselves in the November of 2015 in London. 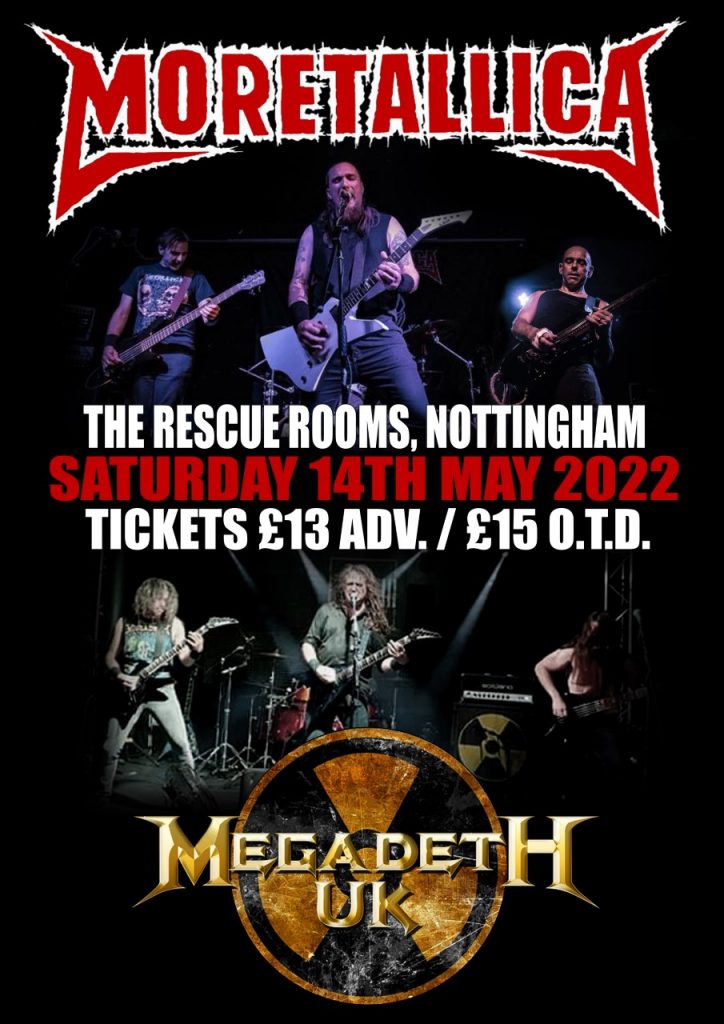