Noisy is what Noisy does: a three-piece hybrid of hooks, beats and escapism. Formed on the south coast of England in Worthing – the very place where one summer Oscar Wilde penned The Importance Of Being Earnest – they take the spin-the-bottle sensibility of the playlist generation and make something new entirely: the sound of hip hop, D&B, and the eternal swagger of the Happy Mondays rolled into one intoxicating whole.

Comprised of singer/rapper Cody, guitarist Connor and producer-guitarist Spencer, the band is the culmination of several years of skate park-induced friendship.

They’ve played in groups together before, sure, but, as Cody puts it: “That was the staging area. Now we’re doing it for real.”

They’ve been Noisy for the past year and a half, an 18-month period that’s seen them build a makeshift studio in Spencer’s house and put it to good use: coming up with a name, and then a suitably clamorous sound to follow.

“We get there at about 12pm every day, and then we make a tune,” Cody says. “That’s just our lives.”

What’s more it’s paying off. The band signed to Island Records in April following a fucked-up, three-in-the-morning, you-have-to-hear-this moment between management and label exec. It’s an old fashioned way to get signed, for a band that are old fashioned in everything but the music.

“Island were like, we fucking love you,” Cody confirms. “And we haven’t even released a song. It’s purely off the sound.”

And what a sound it is: fat, glitchy, lunging from pop one minute to rap and jungle the next. “There were no boundaries anymore,” says Cody, of the band’s blossoming from indie kids to flickering genre shufflers. “We didn’t know what we wanted to do. We didn’t know what we were. So we could just do anything. And it’s still like that now.”

The whole thing works, you suspect, because the band are so tight as people; those early years down the skate park followed by the three of them bagging jobs together as cleaners at Worthing Hospital (a sort of Tin Pan Alley with added saline drips).

“We worked there for so long, everyone knew us as the kids in the band,” Connor laughs. “It was the place to work in Worthing. You could get an easy job there, cleaning, so all of our mates worked there as well. It would get to Friday and you’d be like: ‘Come on!”’

Weekends would be spent at Coast, a bar with a regular D&B-slash-jungle night and a smoking area right on the pebble beach. “It’s the kind of town where everyone knows each other when you go out,” Spencer says. And they still have the living-for-the-weekend streak running straight through them.

“There’s still that essence of: ‘Oh, it’s Friday, let’s get all our mates out and go mental,’” says Cody. You kind of feel like that’s what they make music for. To “live the rock and roll dream,” as Cody puts it.

“We were chatting about how we want Noisy to come across,” he continues. “Or what do we feel Noisy is. And, for us, it’s the NME/Radio 1 Stage. Reading and Leeds. Eight o’clock. Everyone’s been out in the day. Goes back to the tent, drops a pill and then woooooooo! That’s when we come on. We can’t play in the daytime.”

First single So What announces the band as full formed headliners. The second song they ever wrote for Noisy, it’s a paranoid, wound-up club record, with a chorus to kill for and lyrics that walk a tightrope between relatable and self-deprecating. Just imagine it in front of 20,000 people standing in a field.

“The lyrics come from everyday things. Experiences in my life. It just comes out,” Cody says. And the bar remains high on an EP – Press Space to Play – set to follow in January of next year: a four track collection of songs that started life as beats before being cut, pasted, layered, evolved, and generally

fucked up in the spirit of limitless fun (see also I Wish I Was A…; a sharp and knowing take on the FOMO generation).

“It was going to be pop,” Cody says of the writing process. “We wanted to write We Found Love. We wanted to go into that world. And we have songs we can show you like that. But they weren’t us. I feel like we had to go there to come back to what we’re doing now.”

What they kept from their flirtation from the dark side was that sense of escapism. “Kids our age have a lot of feelings, of going mental and not knowing what’s going on and just thinking ‘fuck it’,” Spencer says. “You need to let go.”

And the plan is for Noisy to be the soundtrack for that. For all the Friday boys. For all 20-somethings smashing it on a weekend, spending five days aching, and then getting out and doing it again. An antidote to all the other bullshit going on in the world.

“Obviously not everyone’s going to be into it,” Cody says, before adding with a smile: “But everyone who’s heard it so far loves it.”

“We want to headline Glastonbury,” he continues, warming to the theme. “We want to do it all. We have that hunger. Because what’s the point if you’re not aiming for that?” 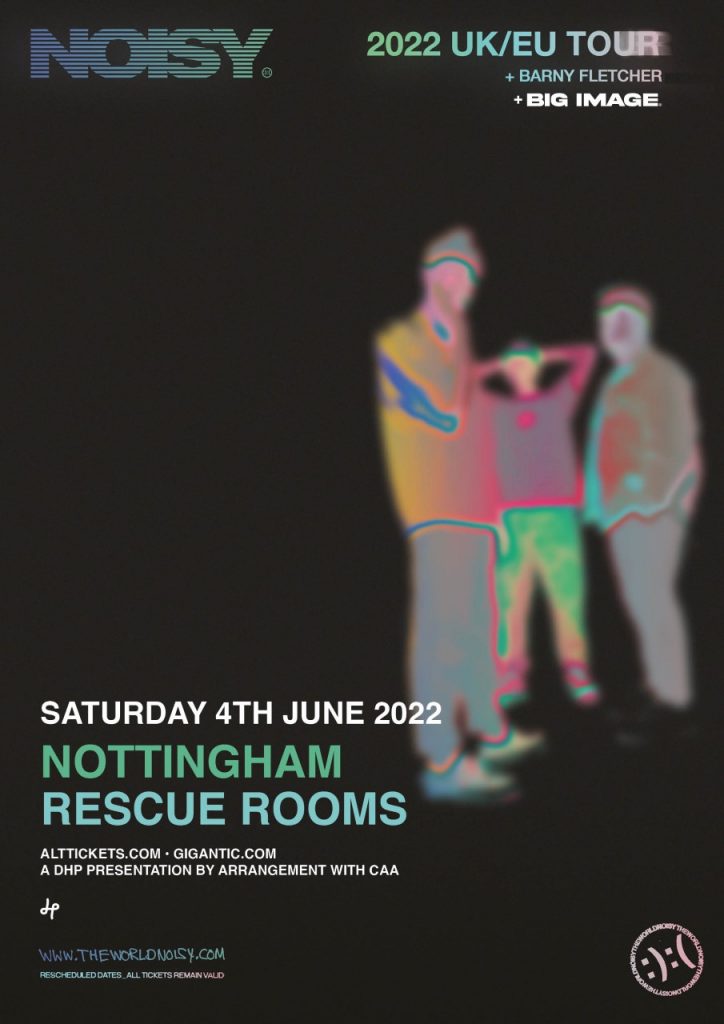