After completely taking over the cultural zeitgeist this year, UK rap sensation Pa Salieu is set to continue his ascent into stardom in 2021 with the announcement of his debut UK headline tour this May. Beginning in Bristol and ending in his hometown of Coventry, the tour will include a very special London date at Village Underground on the 18th of May.

Earlier this month, Pa dropped his debut mixtape Send Them to Coventry to thunderous success. Clocking up four and five * reviews everywhere, the project was described as “an extraordinarily assured first offering from a young artist capable of surprising at every turn” by Pitchfork while The Guardian called it “too fresh and inventive to ignore”. Capitalising on the excitement, Pa graced the cover of Dazed A/W issue, adding it to a long list of other covers including ES Magazine, Mixmag and Wonderland, and also picked up a nomination for Best Newcomer at this year’s MOBO Awards.

Hands down one of the most exciting, dynamic and refreshing artists to come long in some time, few artists have been able to capture the excitement and interest that Pa has this year. In January, Pa Salieu released the massive Frontline. Now just eleven months later, he’s collaborated with a range of artists including SL, M1illionz, Mahalia, Backroad Gee and jazz virtuoso Yussef Dayes (not to mention his Burberry x The Face project with black midi’s Morgan Simpson) as well as a recent project with Givenchy, scored two of the most played tracks on 1xtra in 2020 and won over a laundry list of champions that include Burberry’s Riccardo Tisci, OVO co-founder Oliver El-Khatib, Annie Mac, Tiffany Calver, Benji B, FKA Twigs, Nick Grimshaw and many, many more. 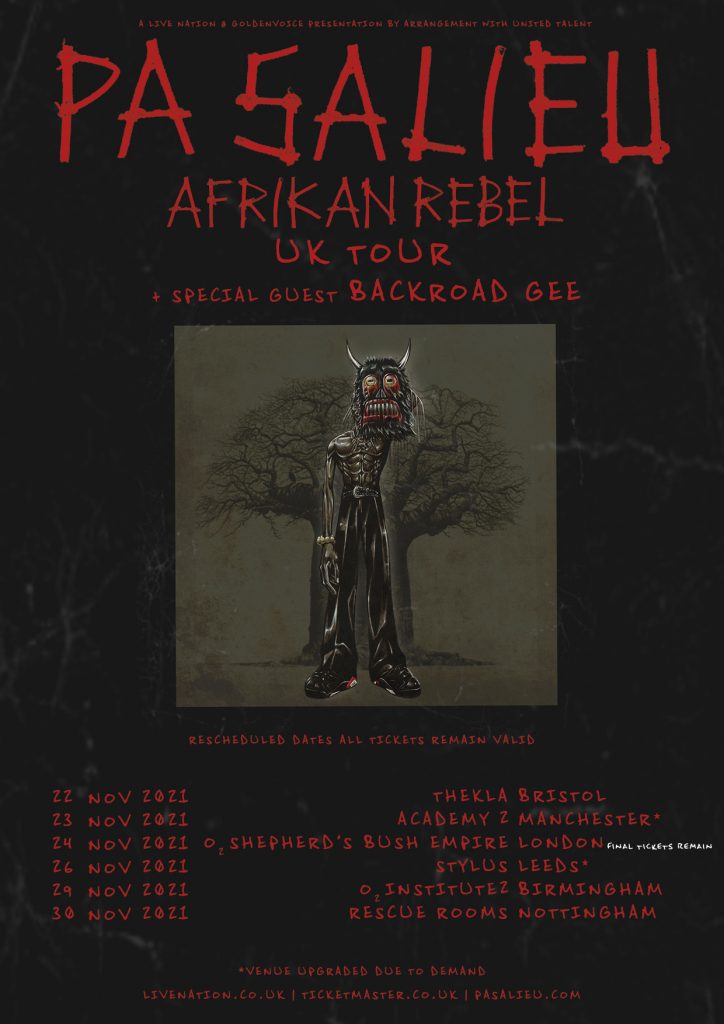