Pierce Brothers have taken their unique brand of folk music from busking on the streets of Melbourne to touring the world.

Comprising of twin brothers Jack and Pat Pierce, the multi-instrumentalists have been shaking dance floors and selling out rooms across UK, Europe, Canada, USA and their native Australia. Their irresistible energy and world class live show has generated a word of mouth buzz not seen for some time.

Having established themselves as a figurehead of the folk, blues & roots community here in Australia and abroad, the band have toured relentlessly – honing their craft and gaining fans across the globe as they go. The band’s music has grown with them over the years and has seen them release two Top 10 ARIA EPs (The Records Were Ours and Into The Dirt), receive over 7 million global streams (1.7 million in Australia since Jan 2015), as well as over half a million YouTube views.

The Pierce Brothers released their full-length debut album, Atlas Shoulders last year to rave reviews. The album came in at number #13 on the aria chats and was produced by Garrett Kato. 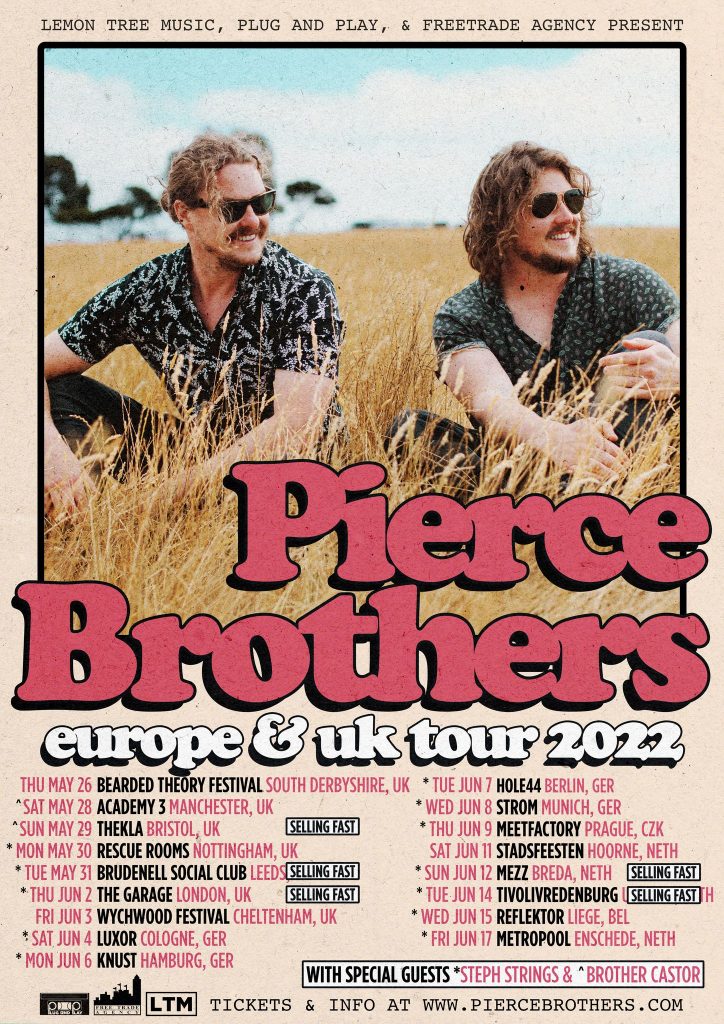