Robert Jon and the Wreck

Tickets are now available for Robert Jon and the Wreck live at Rescue Rooms, Nottingham.

Following on from Robert Jon & The Wreck’s triumphant September 2021 UK tour where the band sold out five concerts in London, Manchester, Nottingham, Edinburgh and Sittingbourne, the band will return to the UK for a 12-date tour in May 2022.

The news of the 2022 UK tour follows the release of the band’s critically acclaimed new studio album Shine A Light On Me Brother. The album features the hit singles Shine A Light On Me Brother and Everyday – infectious blues rock anthems that have been getting spins on UK radio stations including Planet Rock, BBC Radio 2, Radio Caroline, The Max, Total Rock, HRH, MMH, ERB, and many more.

The band are currently in middle of an 11-date UK tour, and despite the post-lockdown blues, the Californian sextet are receiving an incredible reception, including sold out shows, enthusiastic reviews and fan reaction.

Says the Wreck’s frontman, Robert Jon Burrison, “Our latest single, Everyday’ is an all-out goodtime jam track that was born out of frustration due to lack of freedoms that we had grown used to pre-pandemic and were subsequently denied during lockdown. It’s about the desire to get together with friends, play music, have some beers, and just spend time with each other in person again. This track is one to be listened to on repeat and sung along to!”

Robert Jon & The Wreck has been writing songs and releasing albums since the band’s conception in 2011. During this time, this quintet of follicular proficient gentlemen has been busy fine-tuning their sound playing to packed houses across Europe and the United States. RJTW has received accolades and rave reviews for years now, from nominations of “Best Rock” and “Best Blues” and winning the title of “Best Live Band” at the Orange County Music Awards in 2013, to numerous top 10 chart placement on Southern Rock Brazil’s Top 20 Albums to being praised as “Classic and fresh at the same time,” by Rock The Best Music, “Raising the bar for the Southern genre” by Blues Rock Review, and “keeping the history of classic 60’s and 70’s rock alive for newer generations” by blues guitar legend Joe Bonamassa. 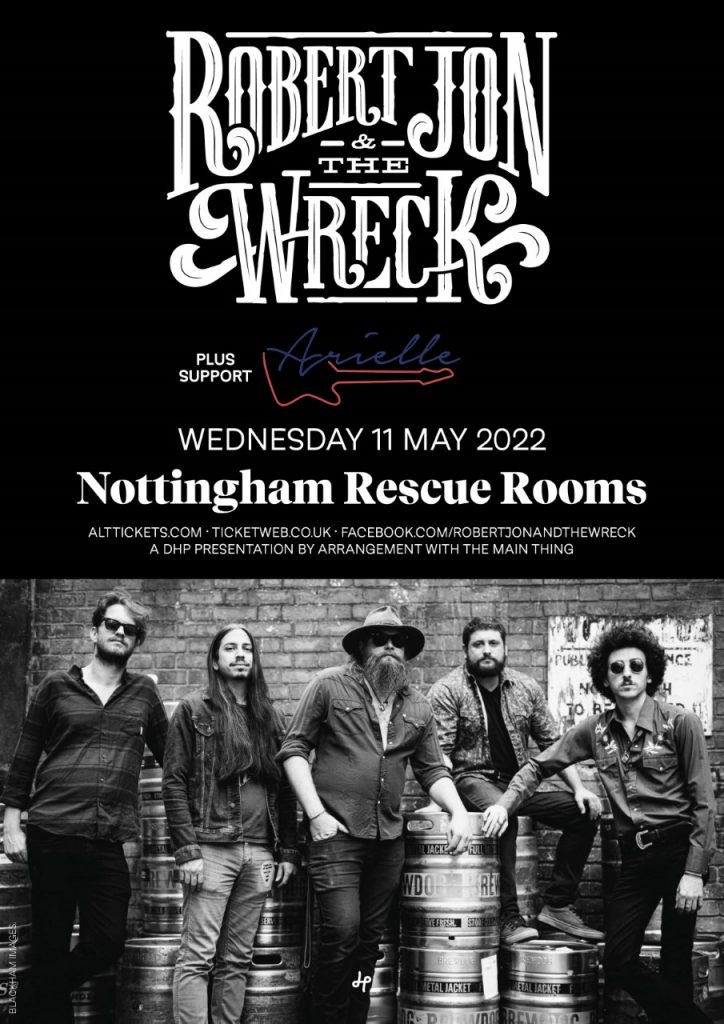 Robert Jon and the Wreck ON SPOTIFY