Tickets for Sheafs at Rescue Rooms are available from 21st April.

SHEAFS are a post-punk five-piece from Sheffield. After a series of demos and unruly live shows saw the band
earn a dedicated local fanbase, SHEAFS took their sound out across the nation where they won over festivals crowds at Reading, Isle of Wight, Y Not, Dot2Dot, Tramlines, and also won a slot at Madrid’s Mad Cool Fest after coming first in the ‘UK Talent’ section out of thousands of entries.

Following a stint of high profile support slots with the likes of Greta Van Fleet, Idles, Squid, The Amazons, The Coral, Red Rum Club, The Slow Readers Club and most recently Buzzcocks. SHEAFS are now aching to get back on the live stage. Releasing their debut EP “Vox Pop” via Blood Records in 2020, SHEAFS recently signed to Modern Sky and are planning to release a spate of new releases throughout 2022. 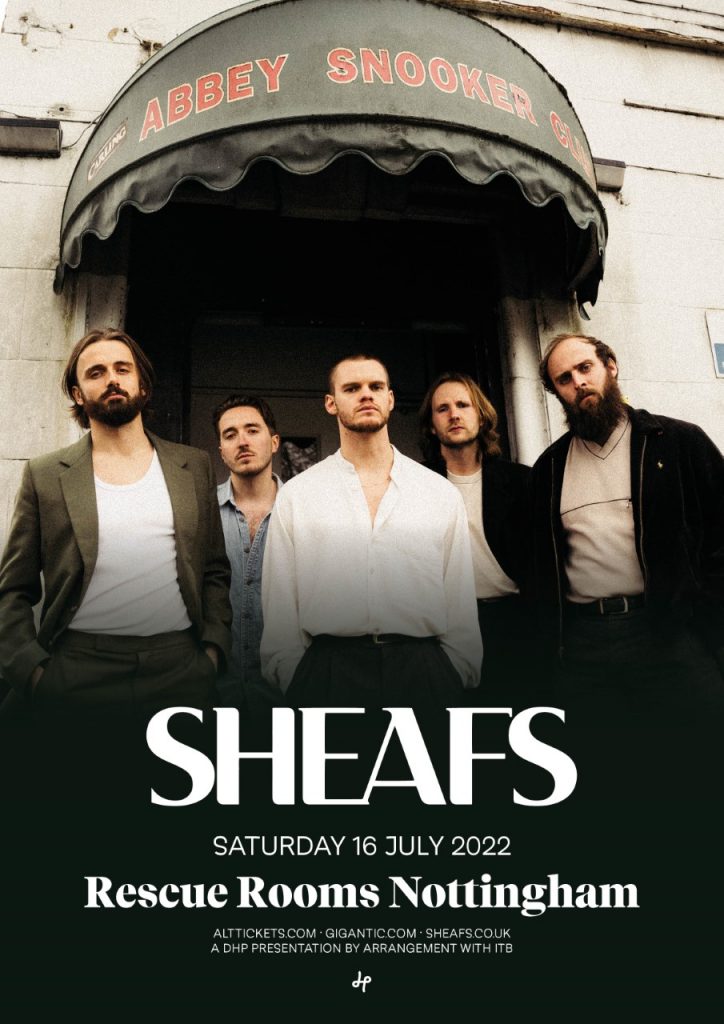