Soul Asylum initially formed in the early ’80s under the name Loud Fast Rules when vocalist/guitarist Dave Pirner was still in high school with friends Dan Murphy and Karl Mueller, and became part of the celebrated Minneapolis local music scene alongside fellow indie bands the Replacements and Hüsker Dü.

The band entered the major-label mainstream with 1988’s Hang Time and its 1990 follow-up, And the Horse They Rode In On, before achieving a commercial breakthrough with 1992’s triple platinum Grave Dancers Union. That album spawned several international hits, including “Runaway Train,” which won a Grammy Award for Best Rock Song, and “Black Gold,” and made Soul Asylum alternative radio and MTV staples. In the ensuing decades, the band—which also includes drummer Michael Bland, lead guitarist Ryan Smith and bassist Winston Roye—has released a steady stream of albums, including 2020’s Hurry Up And Wait, their highest charting album in 25 years. The latter reflects Soul Asylum’s usual eclectic approach: thrashing songs indebted to punk (“Hopped Up Feelin’”) and classic rock (“Got It Pretty Good”), folk-influenced pop-rock (“Silly Things”), and gorgeous jangle-pop (lead single “If I Told You”). The band recently finished their best selling tour in 15 years, The Dead Letter Tour, with support from Local H.

Though Everclear‘s Northwestern grunge-punk style was hardly revolutionary when the band rose to popularity in 1995, the trio’s hook-ridden songs and Art Alexakis‘ “us against them” lyrics were taken to heart by bored Gen-X teens. Everclear’s sound reflected the rock, post-punk, and singer/songwriter influences of frontman Alexakis, including acts like X, the Replacements, the Pixies, Bruce Springsteen, Tom Petty, and Elvis Costello. Also instrumental to Everclear’s success was the group’s obsessive touring schedule and aggressive self-promotion tactics. 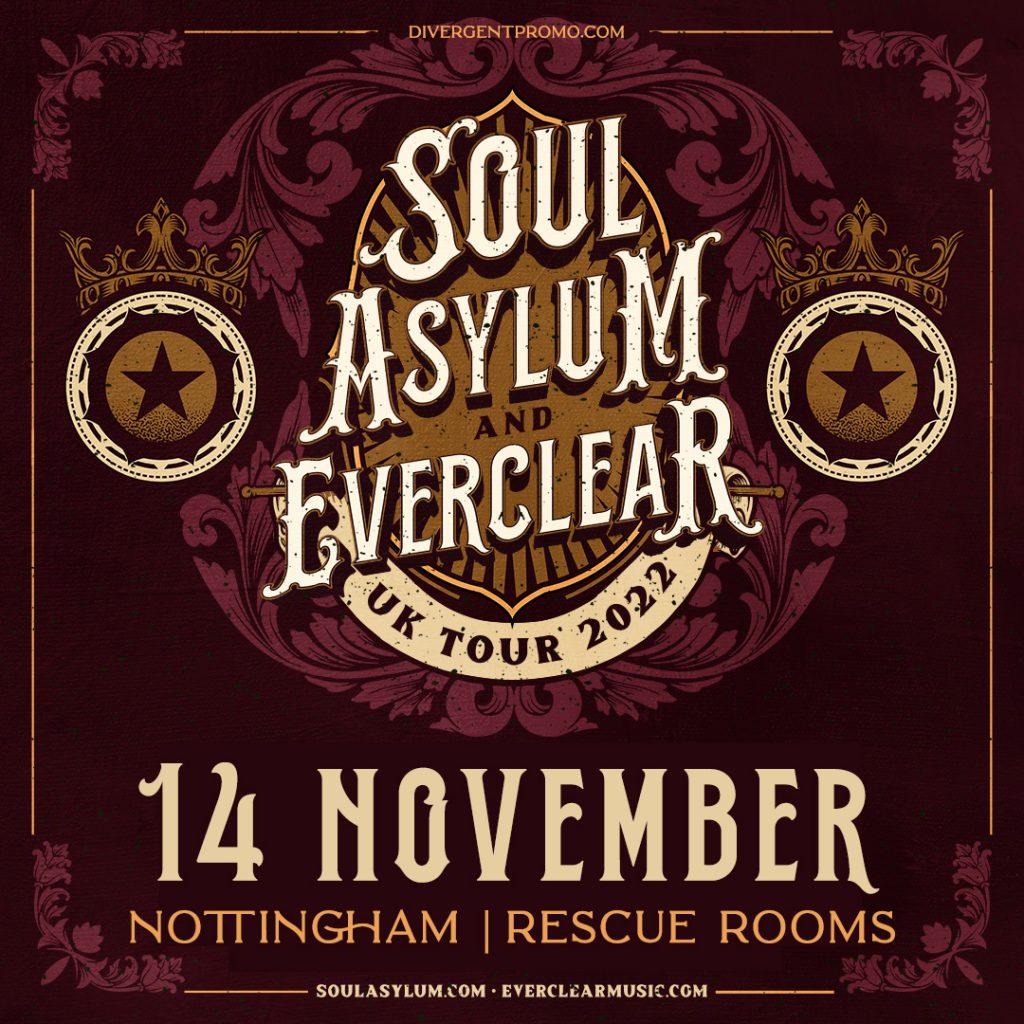