Stone Broken play at Nottingham’s Rescue Rooms following the release of their album ‘Revelation’ that was released in April this year!

From the West Midlands, Walsall-based four piece – comprising vocalist/guitarist Rich Moss, drummer/vocalist Robyn Haycock, guitarist Chris Davis and bassist Kieron Conroy – it definitively sums up a re-energised musical direction born from a collective desire to push themselves as both musicians and people.

And, with this newfound sense of creative empowerment, the band embarked on a quest to write that better song, capture that inspired recording and deliver a unique production. It heralds the start of a significant new era.

Working remotely with Dan Weller between Walsall and London, the band shared lots of new ideas, experimenting with aspects of electronic sound design, fusing different strands of their more straight-ahead hard rock with darker electro elements – something Moss and Haycock had long wanted to try.

This is a kaleidoscopic album that will offer more with every listen. Between Moss’ soaring vocal delivery, Haycock’s angelic tone, the band’s typically powerful guitar riffs and a subtle electronic sound design “Stone Broken has finally arrived.” Welcome to the beginning of their greatest chapter yet. 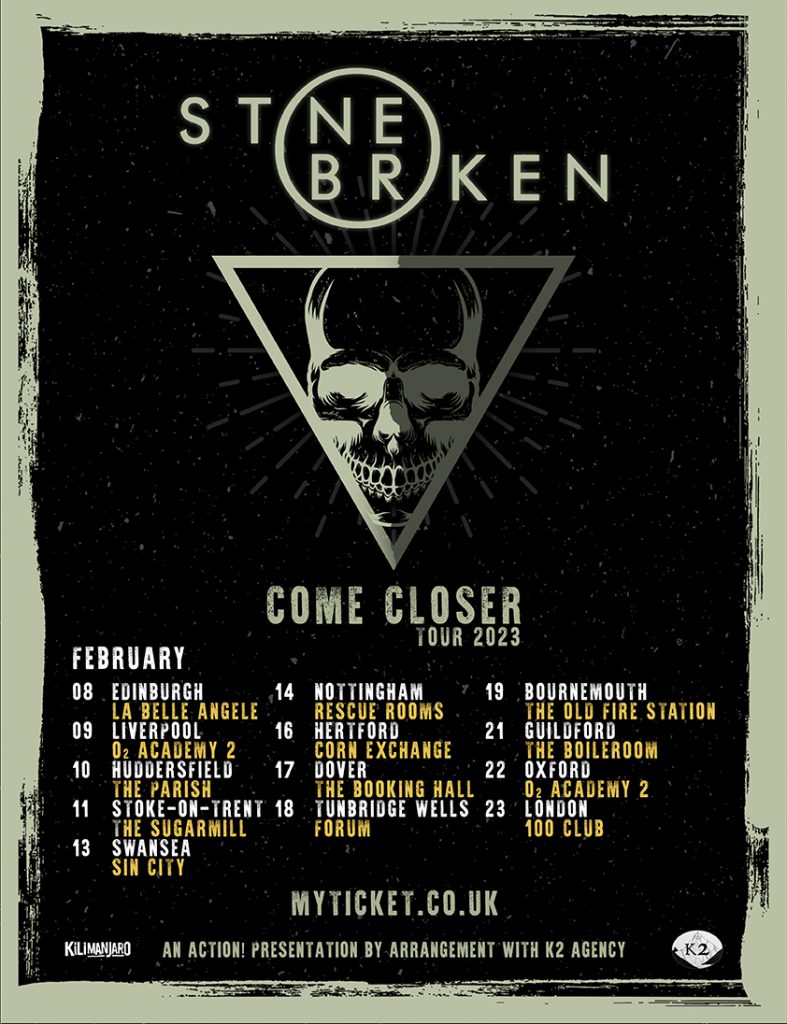