When The Rolling Stones handpick you to open up for them at Ireland’s biggest stadium, you know you’re onto a winner. Ireland’s most exciting new export are The Academic; 2020’s Mick Jagger-approved indie-pop princes-in-waiting. A party-starting four-piece, their super-uplifting, hugely melodic guitar-driven sound is the product of a tight-knit gang who’ve been playing together since school, when they first bonded over the sounds of The Strokes and Vampire Weekend.

This is a taut six-song EP, led by the brisk new wave styled single Anything Could Happen, which draws from the stop-start rhythms of Talking Heads and Elvis Costello. With lyrics about those who are “saving all your feelings for Saturday night” and going on benders of the emotional kind, it’s a song about personal growth, friendship and accepting that nobody is perfect.

The tracks were produced by Nick Hodgson, former drummer with the Kaiser Chiefs, who has since collaborated with Dua Lipa, Mark Ronson, and Duran Duran. 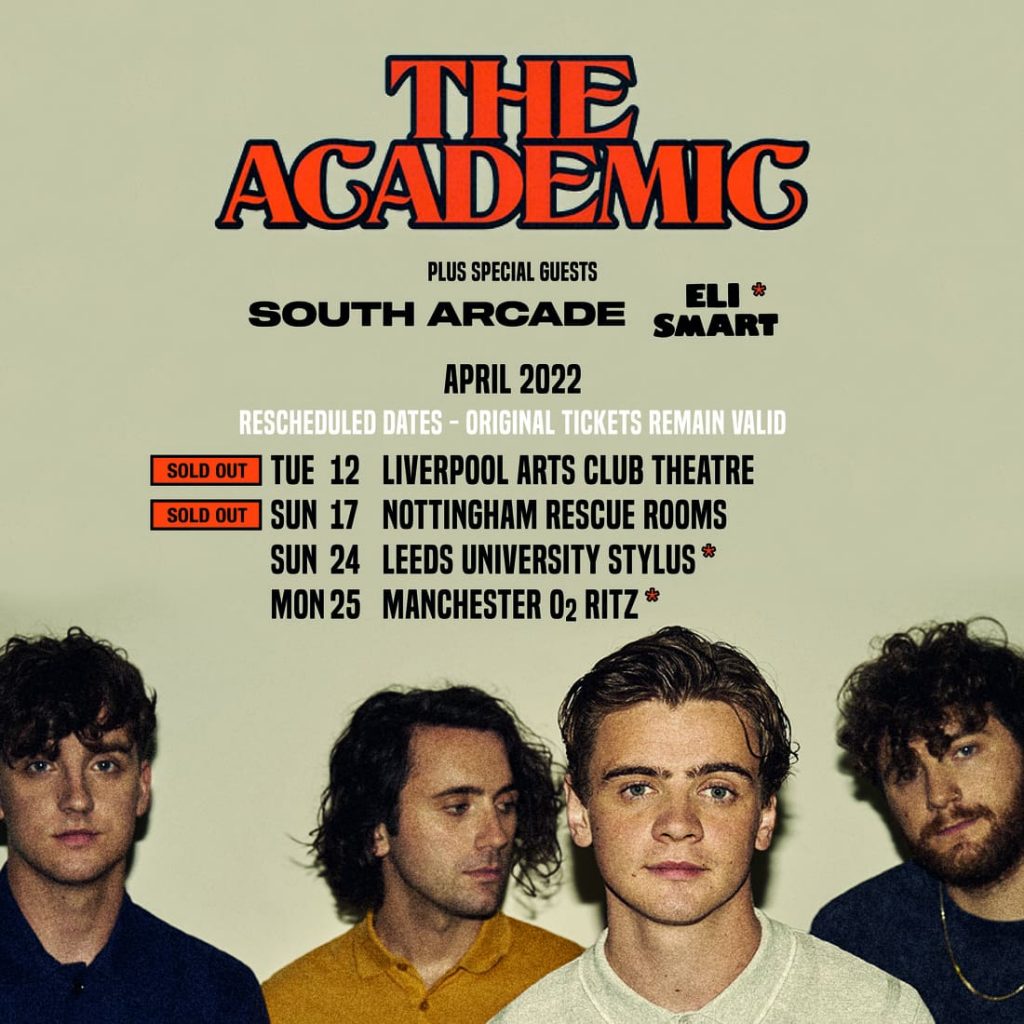 The Academic ON SPOTIFY