Tickets are now available for the Bar-Steward Sons of Val Doonican at Rescue Rooms.

Hailing from Barnsley Rock City in t’North, The Bar-Steward Sons of Val Doonican are on a mission! Determined to follow in their spiritual father’s immortal footsteps and keep his legacy alive, they have a talent for Bar-Stewardizing other famous people’s songs with new comedy lyrics, on acoustic geetar, banjo, fiddle, mandolin, accordion, keyboard, keytar, and the world’s first synthesiser ukulele! To complete their squeaky-clean image, brothers-from-other-mothers Scott, Björn and Alan have become instantly recognisable for their immaculate hair and their stylish choice of knitwear.

A band that is both perpetually on the move and joyously independent, since forming in 2006, they have played over 1150 side-splitting shows to date, and have brought smiles and belly-laughs to audiences across the UK; from Barnsley to Barnstaple, from Glastonbury to Glasgow. They continue to wow audiences with their anarchic live shows and a fine selection of their greatest hits, including the likes of “Jump Ararnd”, “The Lady In Greggs”, “How Deep Is Your Glove?”, “Paint ’em Back”, “Walking In Manpiss” and “If I Could Punch A Face… It’d Be Justin Bieber’s”.

They have written and recorded eleven studio albums, independently released over 40 live recordings, successfully crowd-funded eight separate independent vinyl releases, played on top of mountains, wowed-festival goers across the length and breadth of the UK, had five different beers brewed and named in their honour, sold-out five consecutive shows on a Mississippi paddle-steamer on the Norfolk Broads in less than 30 seconds, hosted their own sell-out music and comedy festivals, written & performed in their own musical, are featured in the Experience Barnsley Museum Music Archives, hold the bar-takings record for at least ten theatres, have been the recipients of six different individual awards, as voted for by the public in the Barnsley Music Awards, played the Avalon Stage at Glastonbury Festival, and to 20,000+ people at Fairport’s Cropredy Convention, and even scaled the dizzy heights of a #1 and a #2 single and a #2 album on the iTunes Comedy Charts (plus a National chart position in the Top 100)!

Not bad for a daft little unsigned comedy folk band from Barnsley, eh? 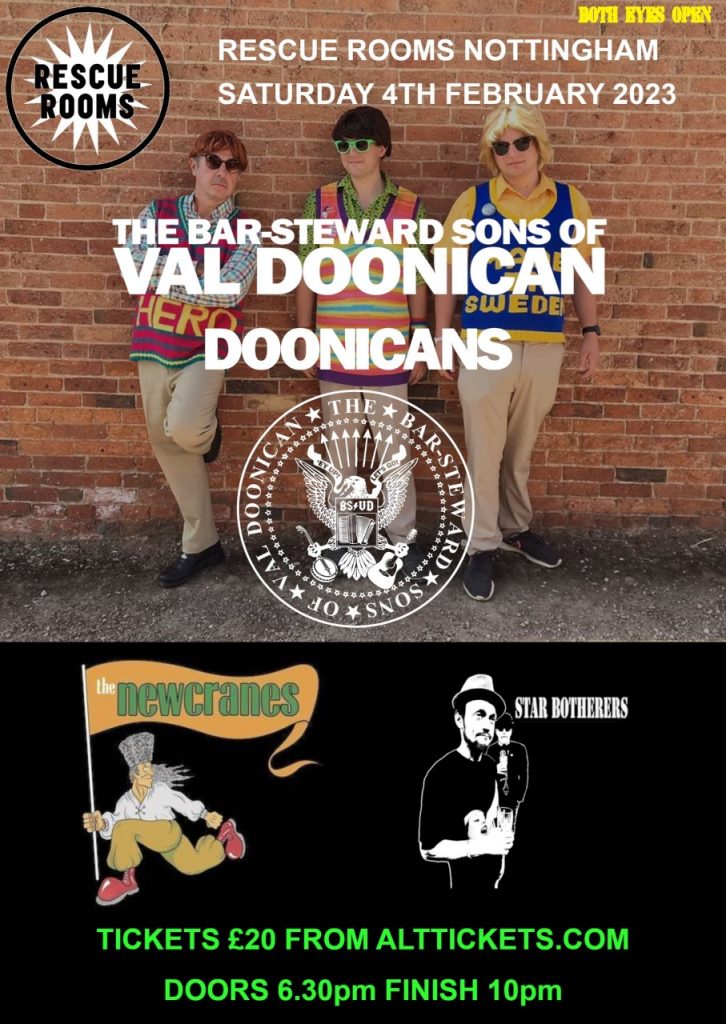