Hailing from the Catskill Mountains of Upstate New York, the Felice Brothers blend folk, Americana, and revivalist roots rock into a uniquely earthy sound. The Felice Brothers clearly value inspiration over technique, though their evocative, ’60s-influenced sound reveals they’re capable instruments with solid vocal harmonies. The group made the most of their scruffy, back-to-the-land approach on 2008’s The Felice Brothers and 2009’s Yonder Is the Clock, but with 2011’s Celebration, Florida, they experimented with more ambitious and impressionistic arrangements, and they gained strength as songwriters on 2019’s Undress. 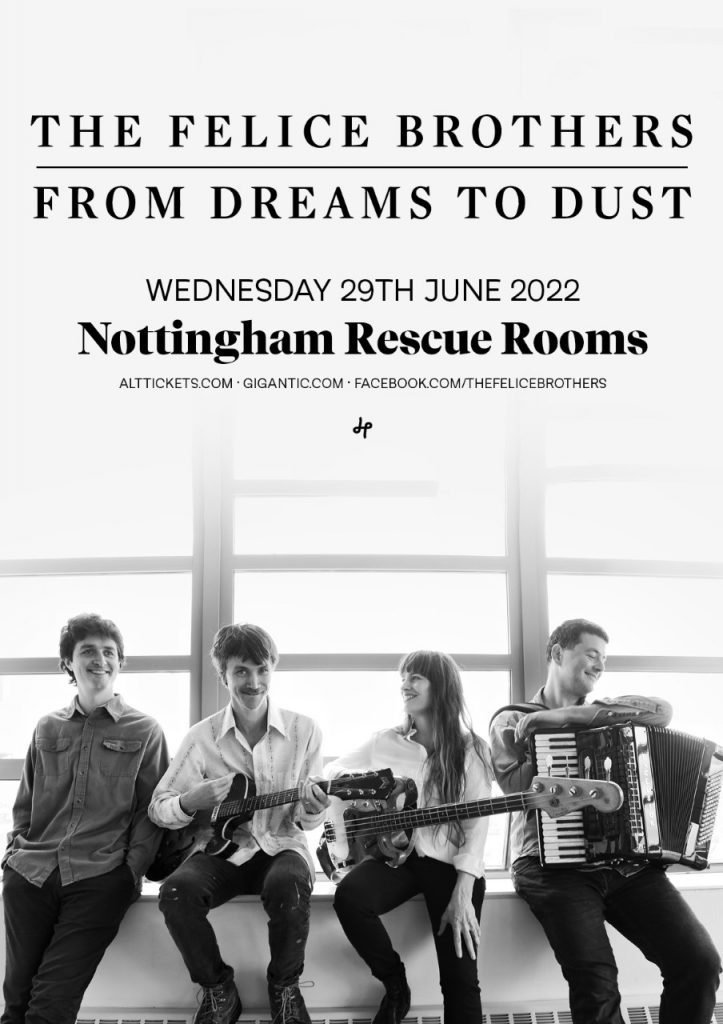 The Felice Brothers ON SPOTIFY