Tide Lines will release their eagerly awaited second album ‘Eye Of The Storm’ on 1st May ’20. The band – Robert Robertson on guitar and vocals, Ross Wilson on keyboards, Alasdair Turner on guitar, and Gus Munro on drums – recorded the album at Black Bay studio in Lewis, Castlesound studios in Pencaitland and Castle Of Doom in Glasgow, and produced it themselves.
Says Robert Robertson: “Eye of the Storm is a line from the opening track on the album but I think it perfectly sums up the collection of songs as a whole. I grew up in a small town and the album attempts to sum up both the natural beauty that surrounded me but also the calmness that a sense of community can bring in the midst of an increasingly busy and noisy world. Hopefully some of this escapism can be found within the songs.”
Tide Lines won ‘The Rising Sound Of Scotland’ Award at the Scottish Music Awards before Christmas. Their sell-out show at Glasgow’s Barrowland Ballroom in November ’19 was voted one of the Top Ten gigs at the venue in 2019.
Tide Lines pre-match performance to warm up the 67,000 capacity crowd at Edinburgh’s Murrayfield stadium on 8th March inspired the Scotland team to bring off a historic victory over France in the 2020 Six Nations Rugby tournament.
Taking his cue from the lockdown musical street performances in France and Italy, Robert recently sang a line or two from the window of his Glasgow flat and was serenaded by a neighbor down the street. His film of this has been shared an extraordinary 1.2 million times. Robert also did an acoustic sofa session and raised over £6,000 for The Simon Community, a homeless charity in Scotland.
Tide Lines’ sound is a combination of heartfelt soul, folk philosophy and big guitars with Scotland’s most distinctive new voice in Robert Robertson. The band whose roots run all across the Highlands and Islands of Scotland down to the West End and South Side of Glasgow, first emerged in the summer of 2016 with the release of their debut single, ‘Far Side Of The World’. The following year they self-released their debut album ‘Dreams We Never Lost’. 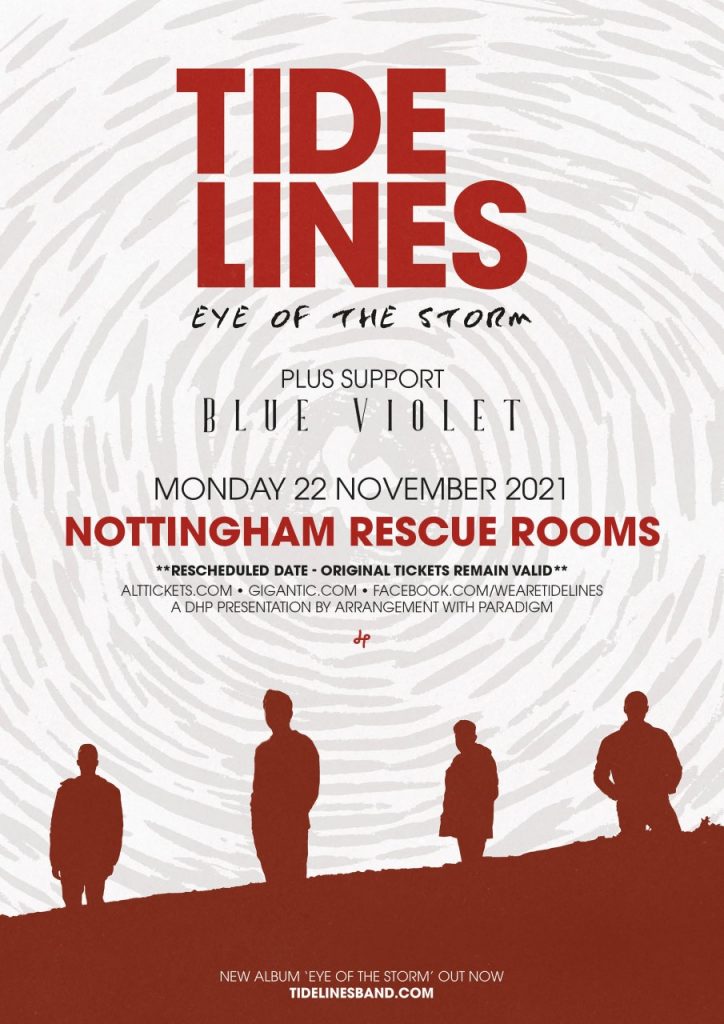