How inspiring it is to hear Tim Burgess conjuring up exciting and life-affirming sounds as he, almost inconceivably, enters his fifth decade on public duty. Frontman, singer, label boss, DJ and author, he’s been instrumental in so many great records over the years, always bringing enthusiasm, positivity and diversity of influence, which altogether light the way for those who hold him dear.

While in The Charlatans, Tim’s indefatigable energy has been a consistent fuel for the band across thirteen high-charting albums, his solo adventure has been no less extraordinary, scaling new heights in 2020 with his fifth solo release to date: ‘I Love The New Sky’. Released on Bella Union, it features wonderfully connective songs of everyday minutiae and universal experience, of love and anger, of loss and belonging, all united by elaborate yet natural arrangements and an effortless but deceptively expert way with melody.

‘I Love The New Sky’ differs from its predecessors in that all twelve tracks were self-penned. “In the past, I’ve written collaboratively,” says a characteristically, but rightfully excited Burgess. “(2012’s) ‘Oh No I Love You’ was written with Lambchop’s Kurt Wagner in Nashville, and then ‘Same Language, Different Worlds’ was a collaboration with Peter Gordon who had worked extensively with Arthur Russell.”

The spark for ‘I Love The New Sky’ came after a year of touring another album, ‘As I Was Now’, which he’d made in 2008 but had a belated release ten years later. “That one was made in three days, just friends getting together”, he says – the amigos included Josh Hayward from The Horrors, Primal Scream Keyboard player Martin Duffy, Ladyhawke and My Bloody Valentine’s Debbie Googe.

“I didn’t realise the album hadn’t actually come out as I had a copy of it on my ipod so I figured that maybe everybody did. So, all those years later I thought it would make an interesting release for Record Store Day. It did really well, so I was approached to tour it for Independent Venue Week and after that a load of festivals asked us to play too. Average Sex were the support band that then became my band so it was a brilliant little tour. After that, I was really energized, and I thought, Right, I’m going to do another album, but really concentrate on making it a solo record, where I write everything on my own and all the songs are the very best I can make them.”

“I’d been listening to a lot of Isaac Hayes, Olivia Tremor Control, Carole King, Todd Rundgren, John Maus, Weyes Blood and Kevin Ayres – I’m not sure how much they have influenced the album but they were the impetus and inspiration.” 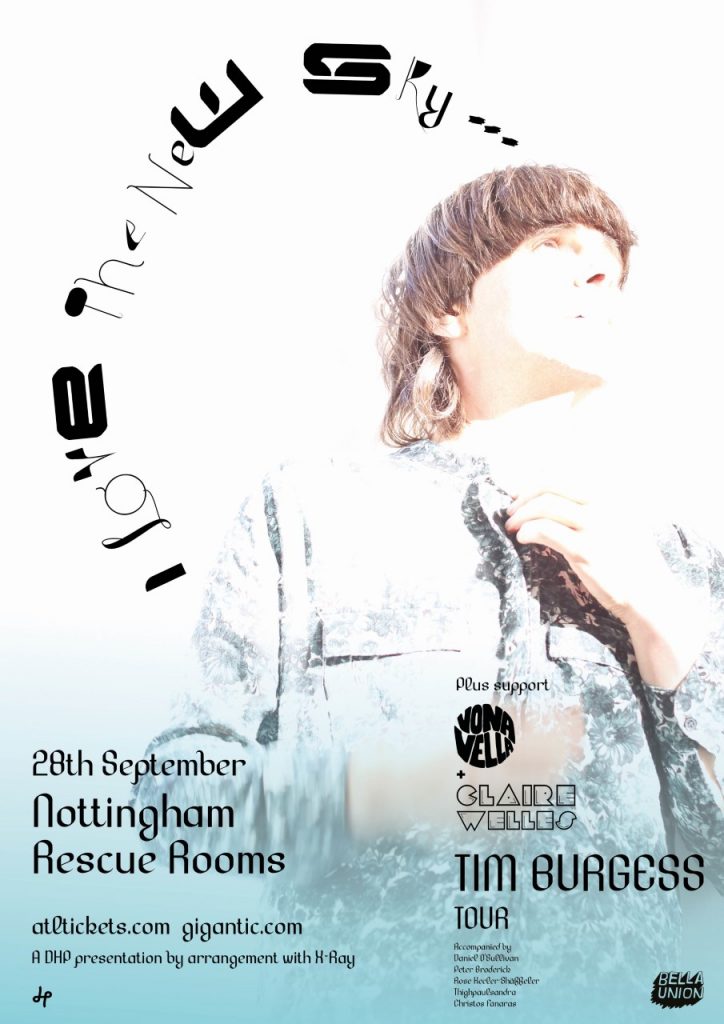