Scottish pop-punk group Vukovi mix heavy rock riffs with melodic, catchy vocals to create a sound that is as intense as it is fun. Hamish Reilly (guitar), Jason Trotter (bass), and Martin Lynch (drums) were originally three-quarters of a band called Wolves, although their lead vocalist wasn’t up to snuff, resulting in his departure from the group. Around the same time, Janine Shilstone (vocals/synth) had just been kicked out of a different band. Luckily, when Shilstone auditioned for Wolves in 2010, all four members felt an instant chemistry. Shilstone’s input altered the overall sound so much so that they decided a name change, and a fresh start, were in order; their new name, Vukovi, comes from the Serbian word for wolves. Over the next five years the band worked hard at perfecting their live shows and building a solid fan base, all the while releasing the occasional single or EP, including the Sweet Swears EP in 2012. Amid various setbacks and live tours, Vukovi began working on their eponymous debut, which eventually saw release in 2017. 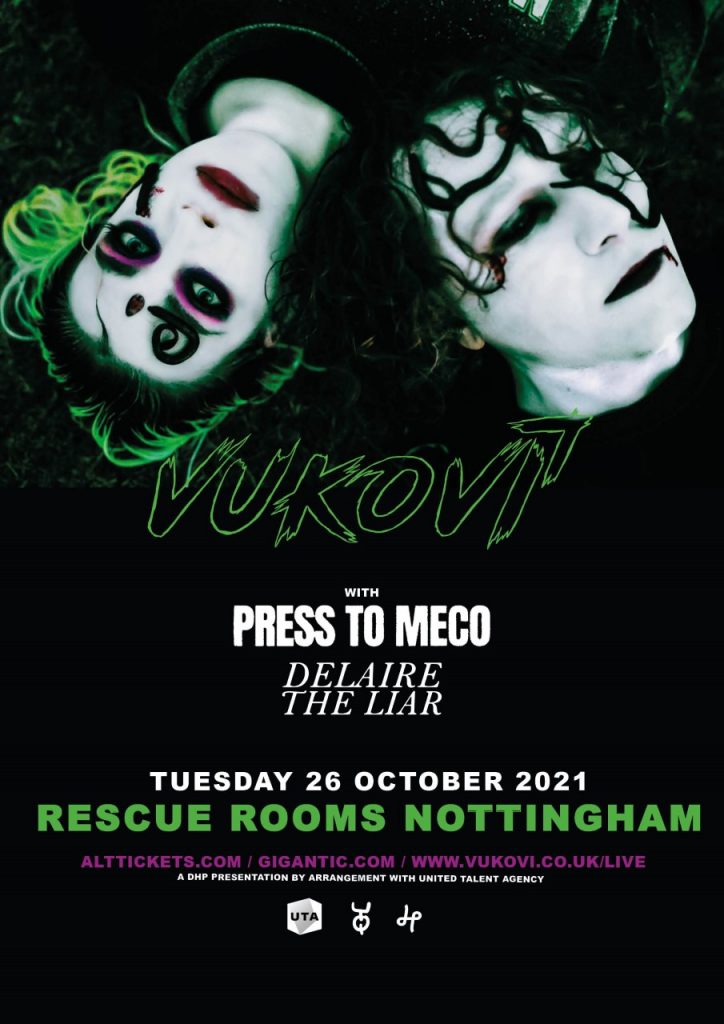