Yard Act formed in Leeds in September 2019 when Ryan Needham found himself temporarily living in James Smith’s spare bedroom. The two had been pub associates for years, but their new living circumstances served as a catalyst for their friendship and creative partnership which saw them fuse James’ interest in spoken word with Ryan’s primitive proto-punk demos using an ancient drum machine and borrowed bass guitar.
They released their first material in March 2020, coinciding with you-know-what, and with just three singles (The Trapper’s Pelts, Fixer Upper and Peanuts) and three gigs to date, Yard Act have staked out a territory all their own. Setting up their own imprint Zen F.C. they released their debut 7” which can now only be found for exorbitant sums on Discogs, they’ve scored two 6music playlists, and they’ve won a growing fanbase with their coruscating, narrative driven, spoken word dance-punk. Now girding their loins for a 2021 filled with new music, new recordings, debut novels, and (fingers crossed) plenty of live shows, Yard Act have most definitely marked our cards as one of UK’s most exciting prospects. 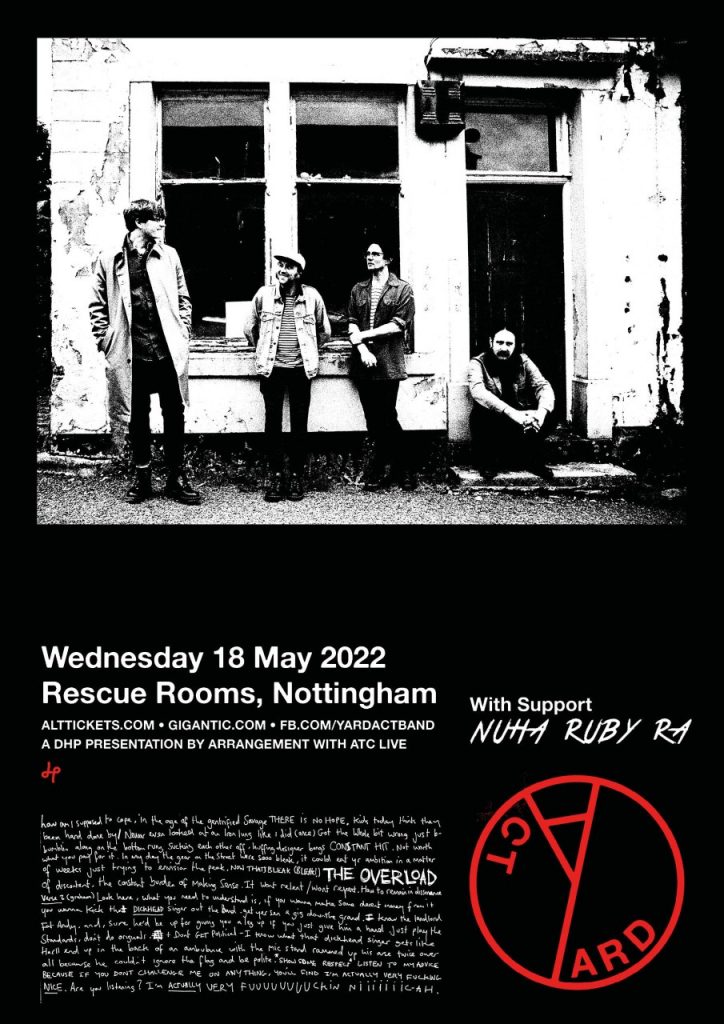